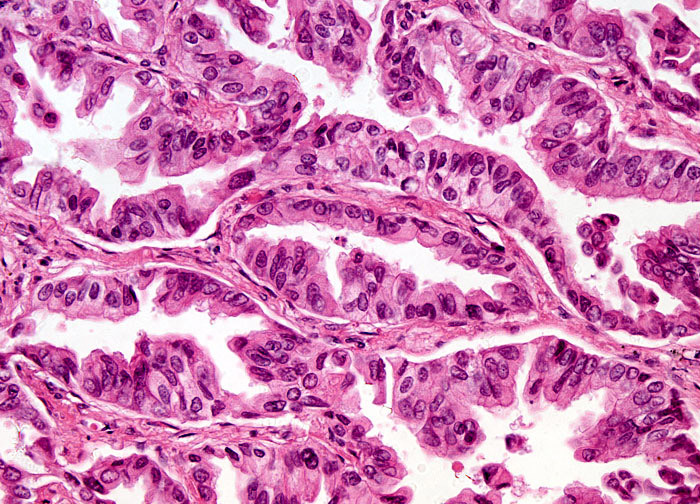 In the United States, lung cancer is the leading cause of cancer-related death among both men and women. The popularity of smoking tobacco throughout the twentieth century is usually considered accountable for the prevalence of the disease, cigarettes having been linked to about 90 percent of lung cancer cases in men and 80 percent in women. Yet, alveolar cell carcinoma appears to have no relationship to smoking. Also known as bronchoalveolar carcinoma, alveolar cell carcinoma instead appears to be most likely to develop in individuals whose lungs have been scarred by other diseases, such as scleroderma, tuberculosis, or fibrosis. The progression of this variety of carcinoma can be very slow, and patients with the disease often have a better prognosis than people with other kinds of lung cancer.