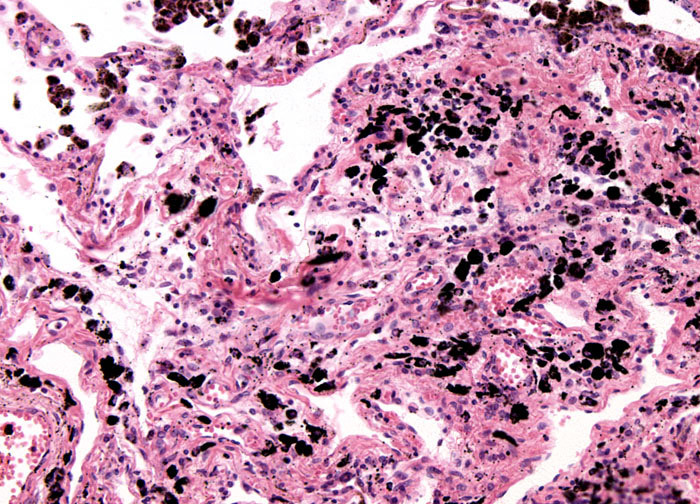 Anthracosis is the term typically utilized to describe black lung disease before it has progressed to such an extent that symptoms of the disease are palpable. The condition typically develops gradually over the course of many years and is characterized by black spotting or marbling of the lungs. The dark pigmentation associated with anthracosis primarily is caused by excessive exposure to carbonaceous material, which may stem from soot, diesel exhaust, coal, or other sources of carbon-containing dusts. Pollution and smoking are also known to contribute to anthracosis, and the condition is present to some extent in many residents of urban areas. Historically, however, anthracosis and its more severe manifestation, black lung disease, are best known as occupational illnesses that occur most commonly in coal miners.