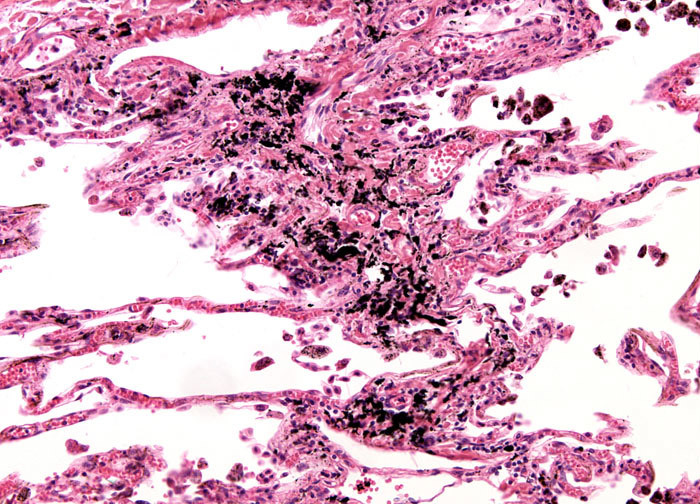 Due to the adoption of regulatory measures by the United States Congress in 1969, working in the mining industry is not as hazardous today as it was formerly. The measures, which were a significant step forward in the cause of occupational safety, included new guidelines for average dust levels allowable in mining zones and a program to distribute disability benefits to individuals that acquired black lung disease through exposure at work. Though most cases of this disease and anthracosis continue to occur among miners, morbidity and mortality related to carbonaceous dust particles has declined steadily over the last several decades. According to the National Institute for Occupational Safety and Health, in the early 1970s a federally administered radiography-screening program of active coal miners found evidence of black lung disease in more than 10 percent of the individuals tested. A similar program carried out in the late 1990s discovered such evidence in less than 2 percent of the active miners screened.