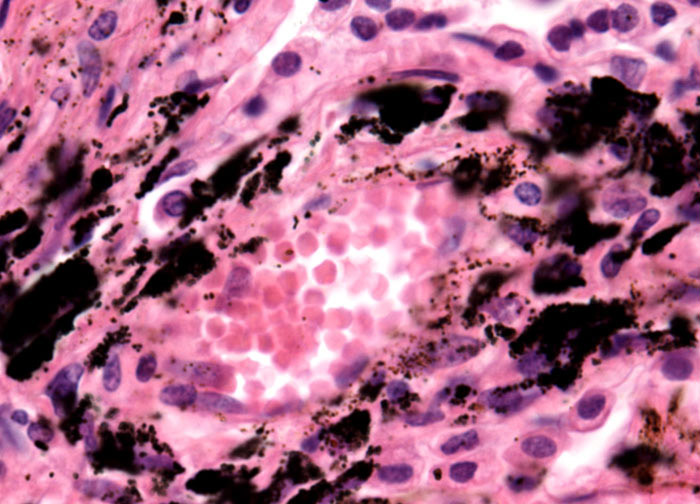 Though anthracosis is often asymptomatic, when the disease is allowed to progress into black lung disease (sometimes referred to as coal workers pneumoconiosis), the effects may be significant. Shortness of breath and severe coughing are usually among the earliest symptoms of the damage to the lungs, and labored breathing, phlegm production, and wheezing are also common. Over time, as particles increasingly overwhelm the lungs, scarring and thickening of the lung tissue can occur, which is sometimes followed by the development of progressive massive fibrosis, a particularly severe form of the disease that continues to progress even when exposure to carbon comes to an end. Other complications can include cor pulmonale (an increase in size of the right ventricle of the heart), emphysema, and chronic bronchitis. There is no cure for anthracosis or black lung disease, and treatment generally involves providing symptomatic relief.