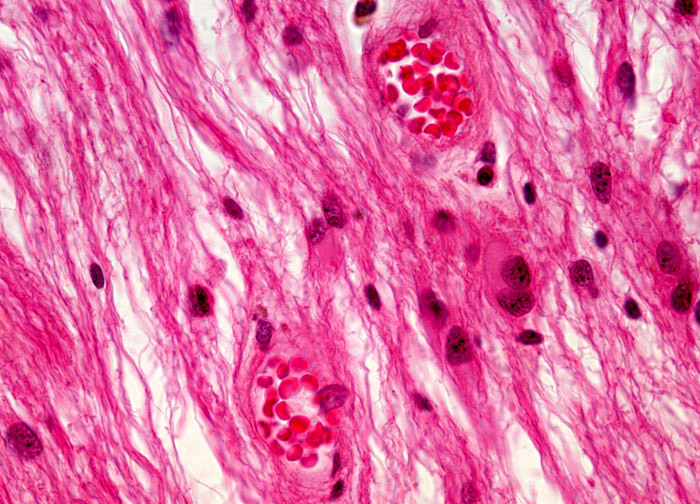 An astrocytoma is a primary tumor of the central nervous system that develops from the large, star-shaped glial cells known as astrocytes. Most frequently astrocytomas occur in the brain, especially in the frontal and temporal lobes of the cerebrum, but occasionally they appear along the spinal cord. No one knows what causes the tumors, which may affect anyone of any age but occur most often in middle-aged men. Symptoms of an astrocytoma, similar to other brain tumors, often depend on the precise location of the growth. For instance, if the frontal lobe is affected, mood swings and changes in personality may occur, whereas a temporal lobe tumor is more typically associated with speech and coordination difficulties. Frequently, however, many of the initial signs of a tumor, which stem from increased pressure in the cranium, are the same for all tumor types and locations, and may include headaches, nausea, and adverse changes in eyesight.