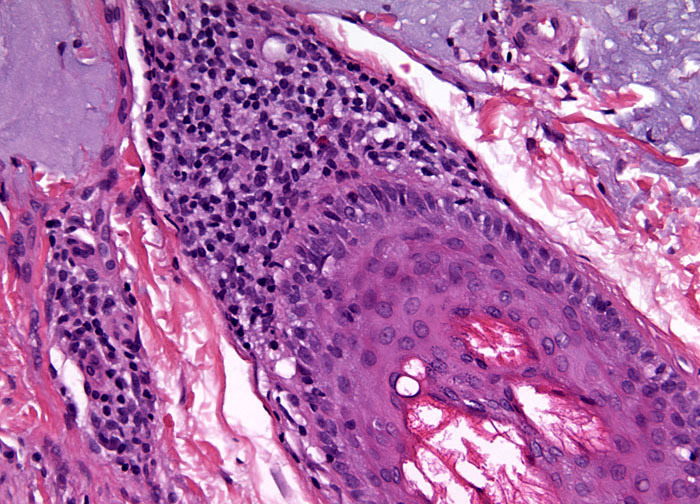 Basal cell carcinoma is a form of cancer that develops in the basal layer of the skin. The disease is often the result of cumulative damage to the skin by the sun or other radiation, but its occurrence is also sometimes related to exposure to certain chemicals, such as arsenic, burns, scarring, and even vaccinations. A slow-growing form of cancer, basal cell carcinoma is usually readily treatable with simple surgery. However, if the cancer has invaded surrounding tissues or metastasized to more distant parts of the body, a very rare occurrence for basal cell carcinoma, then treatment becomes much more complex and the prognosis is significantly worse. If basal cell carcinoma is detected early, as it usually is since it can generally be easily observed along the surface of the skin, where it is most often found in locations that receive the greatest amount of exposure to the sun, then the five-year survival rate for the disease is nearly 100 percent.