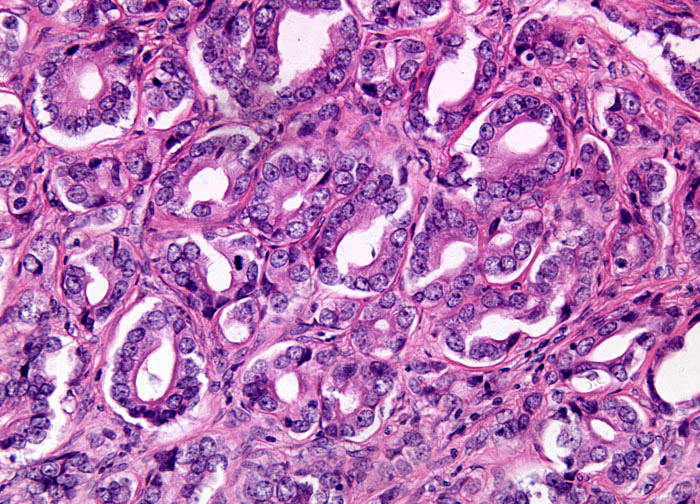 Part of the male reproductive system, the prostate gland produces and stores seminal fluids, releasing them into the urethra when semen emission occurs. The gland is located directly below the bladder and surrounds the upper part of the urethra. During adolescence the gland usually matures and reaches a size comparable to that of a walnut. The dimensions of the gland generally remain unchanged for several decades, but in most older men, the prostate begins to enlarge as the size of its cells increases, a process commonly referred to as benign prostatic hyperplasia (BPH) or hypertrophy. According to recent estimates, more than 50 percent of men between the ages of 50 and 60 experience benign prostatic hyperplasia, and over 90 percent of those 70 to 90 years old have developed the condition. Researchers do not yet completely understand the cause of this physiological change, but it is widely thought that elevated levels of the female sex hormone estradiol and increased manufacture of dihydrotestosterone, a derivative of the male sex hormone testosterone, contribute to the condition.