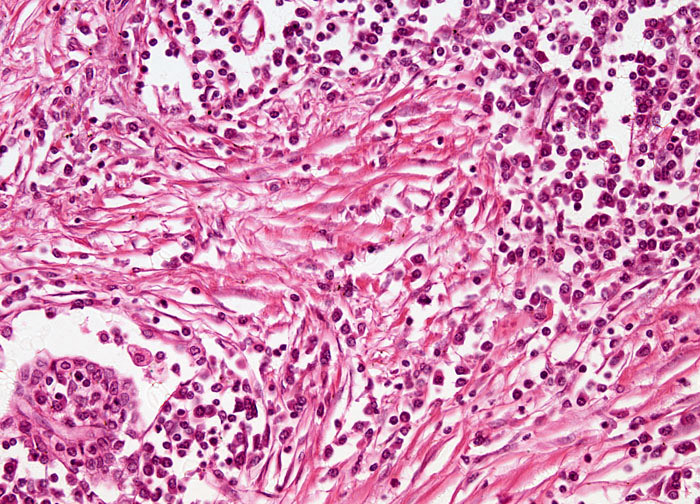 When bronchogenic carcinoma, or primary lung cancer, was first described in the mid-1850s, it was thought to be a relatively rare occurrence. Over the course of the twentieth century, however, the proportion of the population affected by bronchogenic carcinoma rose tremendously, and today the disease is the leading cause of cancer-related death among both men and women in the United States. The increase in popularity of cigarette smoking following World War I is generally considered accountable for the sudden rise in lung cancer cases and deaths. Cigarette smoke contains hundreds of known carcinogens and has been linked with bronchogenic carcinoma by some members of the medical field since at least the late 1940s, but the Surgeon General of the United States did not declare that smoking cigarettes is a cause of lung cancer until 1964. In 1966, health warnings on cigarette packages began appearing, and in 1971, ads for cigarettes were finally taken off American television, though cigarettes continue to be one of the most heavily marketed products in the world.