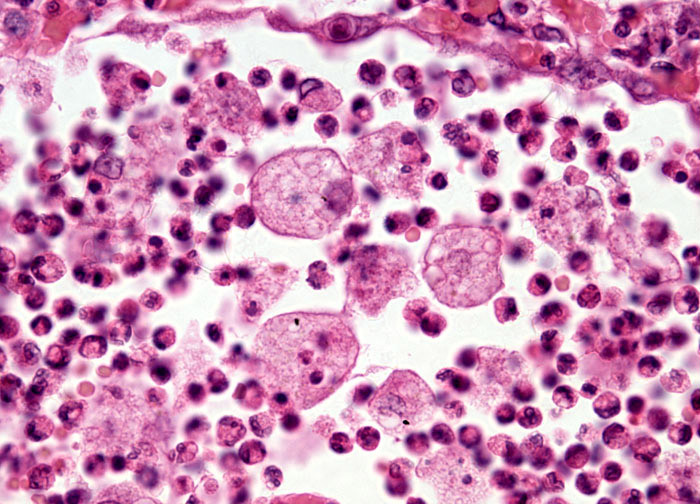 Bronchopneumonia, or bronchial pneumonia, is a type of pneumonia that originates in the bronchioles of the lungs, which are the smaller ducts of the bronchial tubes. The contagious infection is caused by a variety of bacteria, viruses, and other microorganisms. In previously healthy individuals that acquire the illness, Streptococcus and Staphylococcus infections are among the most common causes, but individuals whose pulmonary defense systems are already weakened from another ailment, such as chronic bronchitis, are more likely to be infected by Klebsiella or Pseudomona bacteria. When any of these microorganisms find their way into the body through the respiratory system, they are disseminated through the bloodstream and settle in the bronchiolar epithelium, causing acute inflammation that extends into the surrounding alveoli. An x-ray of the chest of a patient with bronchopneumonia often reveals a scattering of heterogenous opacities, rather than the homogenous opacity characteristic of lobar pneumonia, due to the involvement of multiple sites in the lungs.