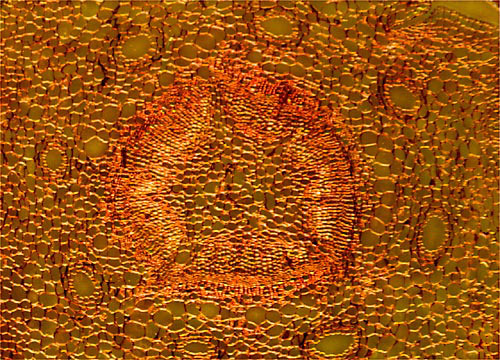 Cambium tissue that contains the initial cells is also known as the lateral meristem, which exercises its greatest amount of activity during the growing season. Evidence of these growth spurts can be seen, for example, in the concentric circles found in cross sections of tree trunks (termed annual rings). In many cases, the age of a tree can be estimated by inspecting the annual rings, noting that usually the larger cell formations denote spring and the smaller formations denote the summer months. Weather and environmental conditions during certain periods of time can also be estimated from studying growth patterns recorded in annual rings.