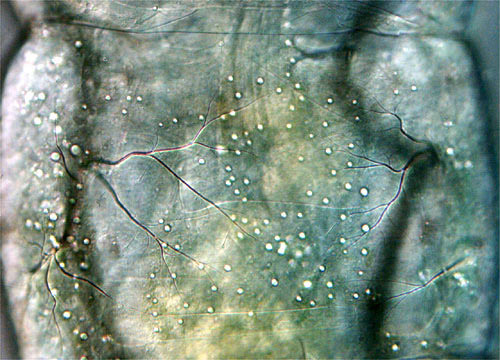 Non-biting midges are one of the most diverse and widespread dipteran groups known. They inhabit virtually the entire range of aquatic ecosystems, both fresh and marine, as well as semi-terrestrial and terrestrial habitats. Most species have aquatic wormlike larval stages that start as egg masses laid on the water surface. After going through a pupal stage, floating at the surface of the water, a full-grown midge emerges and flies away. Larvae of some species build a protective capsule made of secretions and debris that they live in during the stage, emerging only long enough to feed.