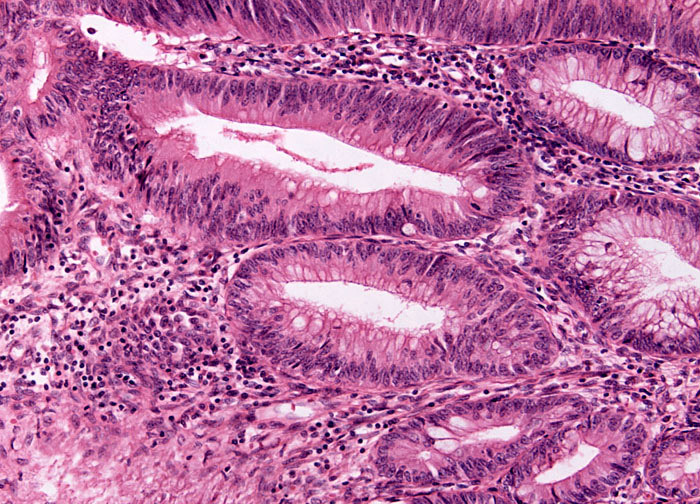 Highly developed countries have higher rates of colon cancer than other parts of the world. This is believed to be due in large part to the customary diet in these countries, which generally includes significant amounts of red meat and fat and little fiber. A similar reasoning is often utilized to explain the rise in colon cancer rates in the United States since mid-twentieth century, the diet of the average American coming to include larger amounts of beef and fatty foods since that time. Other factors that may play a role in the onset of colon cancer include age (older individuals are more susceptible), physical inactivity, a personal history of chronic inflammatory bowel disease, and a family history of colon cancer, which is sometimes associated with Gardner syndrome or familial adenomatous polyposis.