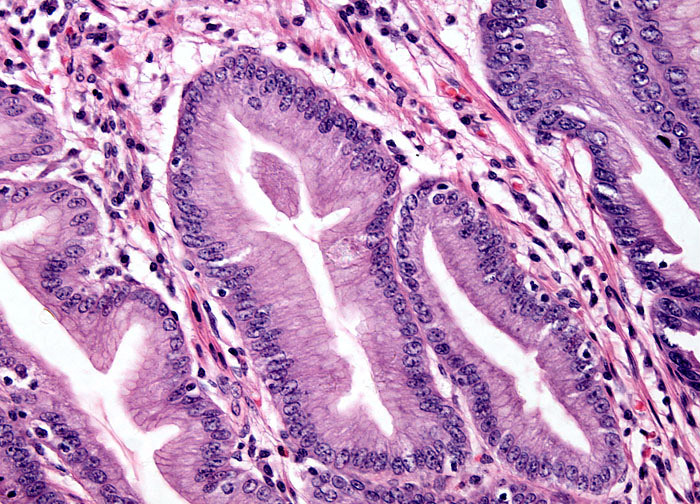 Though the exact causes of villous adenomas and other colonic polyps are not known, there are several known risk factors for the growths and steps that may be taken in order to reduce the likelihood of developing them. The prevalence of adenomas increases with age and the growths are more common among individuals living in certain regions of the world, primarily highly developed nations such as the United States and Great Britain. Some studies suggest that regional differences in colonic polyp rates are related to dietary differences, the growths most commonly being associated with high-fat diets low in fiber and excessive alcohol intake. Cigarette smoking has also been linked to an increased risk of developing adenomas. Such lifestyle-related risk factors are under personal control and can be modified to help reduce the possibility of growths forming in the colon. There also appears, however, to be a genetic factor involved in polyp development that cannot be changed.