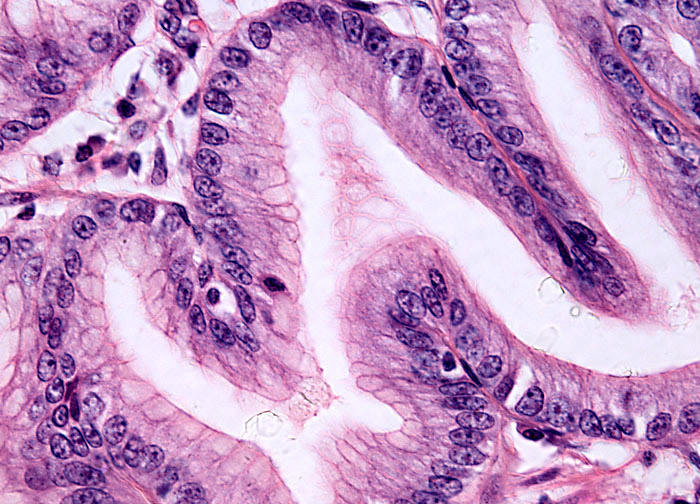 The portion of the large intestine that extends from the cecum to the rectum is referred to as the colon. The chief function of the colon is to extract moisture from indigestible matter prior to its excretion. Similar to other parts of the body, the tissues of the colon may give rise to various types of abnormal growths. Many of these tumors are cancerous, but others are benign. Often when they are benign and arise from a mucus membrane, they are referred to as polyps. Colonic polyps are extremely common and are estimated to occur in about half of all people greater than 60 years of age. As many as 75 percent of polyps found in the colon are classified as adenomas, tumors that originate in glandular tissue or exhibit a glandular structure. Although adenomas are benign, they are prone to malignant change and may become cancerous over time if not removed.