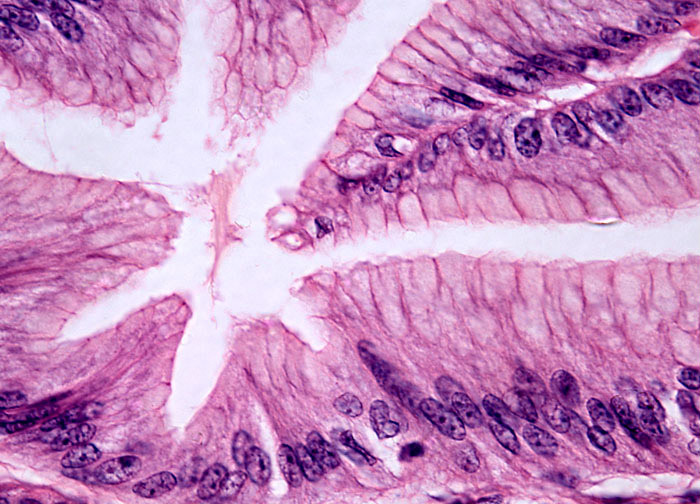 Several subtypes of adenomas have been described, which chiefly are differentiated from one another by microscopic observation of the manner in which the cells of the growths are organized. Villous adenomas are usually sessile polyps that have an architecture predominantly characterized by the presence of finger- or frond-like projections. These growths are more likely than any other type of adenoma to become cancerous. According to current estimates, the risk of a villous adenoma undergoing malignant transformation is as high as 25 percent overall, and is even greater for growths larger than 2 centimeters in diameter. They are, however, the least frequently appearing variety of adenomatous polyp, accounting for only about 5 percent of the growths.