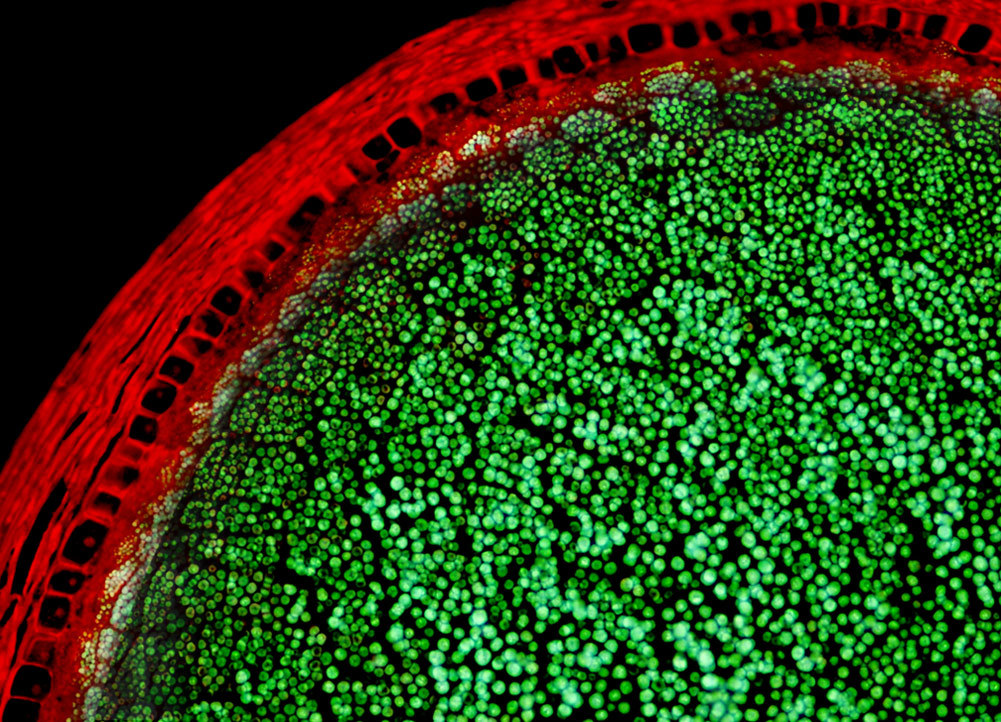 Autofluorescence emission intensity from a thin section of corn kernel (Zea mays) tissue. Endogenous autofluorescence in plant tissues arises from a variety of biomolecules, including lignins, chlorophyll, carotene, and xanthophyll. In the blue and green excitation regions, chlorophyll has an absorption band with a high extinction coefficient and produces a significant amount of fluorescence when excited with wavelengths between 450 and 550 nanometers. Other endogenous fluorophores are excited by ultraviolet light with this filter combination. For the corn kernel tissue illustrated above, note the presence of autofluorescence emission intensity in the blue, green, and red spectral regions (in some areas, mixed together in approximately equal proportions to form white), which is characteristic of the Nikon DAPI-FITC-Texas Red fluorescence filter combination.