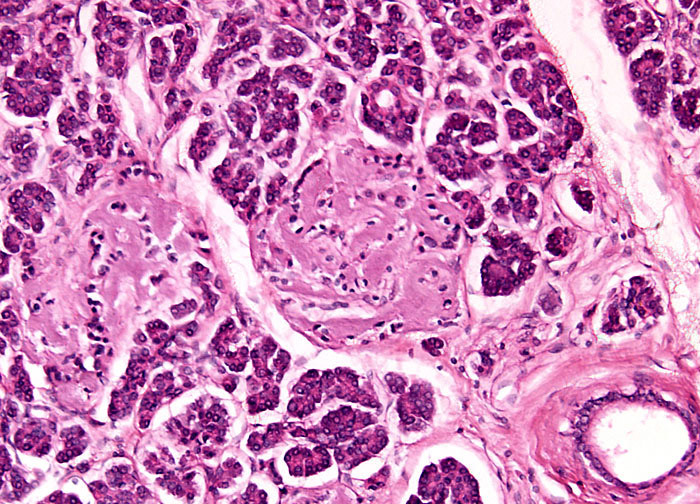 Diabetes has been known since antiquity, when it was so named from the Greek diabainein, meaning “to siphon,” based upon one of the characteristic symptoms of the disease, frequent and excessive urination. Later the designation of some varieties of the disease was lengthened to diabetes mellitus, the additional term stemming from the Latin for “sweetened by honey” and referring to the sweet smell of the urine of diabetics. Diabetes mellitus is associated with such an unusual urine quality because diabetics either are unable to produce a sufficient amount of insulin or the action of the insulin they do produce is in some way hindered, resulting in elevated levels of glucose in the blood (hyperglycemia). Insulin, which is typically generated in areas of the pancreas called the islets of Langerhans, is required for the glucose to reach muscle and adipose cells, where it would normally serve as fuel, and when it is absent or does not function properly, the cells essentially starve as the simple sugar builds up in the bloodstream and then is excreted with the urine, giving the substance a sugary smell.