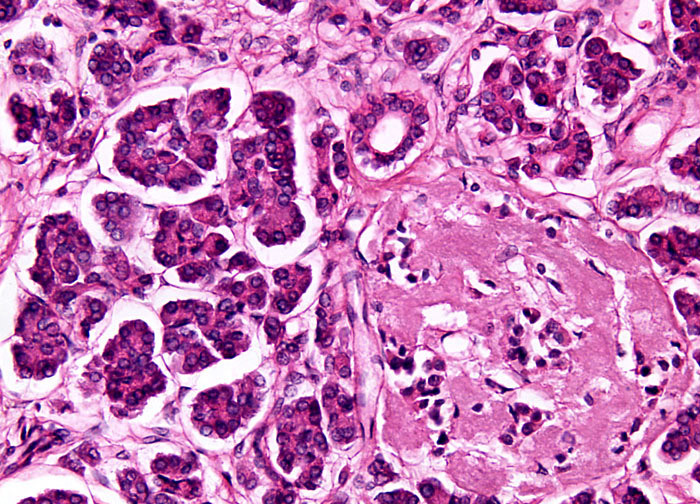 Type II noninsulin-dependent diabetes accounts for the vast majority (90 to 95 percent) of diabetes cases. Unlike the Type I form of the disease, this type of diabetes comes on gradually and is associated with obesity and aging, though there also appears to be a strong genetic component to the condition. The beta cells of Type II diabetics are intact and produce insulin, but the other cells in their bodies have lost the ability to respond to the substance. Since they do not generally suffer form a lack of insulin, however, Type II diabetics do not usually need insulin injections, though they may be utilized in severe cases. Much more commonly, the disease is controlled with diet and exercise.