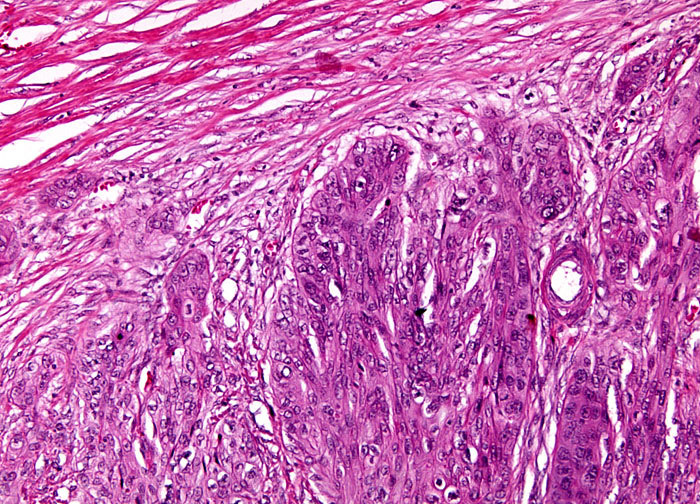 The precise causes of esophageal carcinoma have not yet been identified, though researchers have found a number of factors that increase the risk of developing the disease. In the United States, smoking and heavy alcohol use are primary risk factors, but other dynamics may play a much larger role in the incidence of cancer of the esophagus in other countries. Some studies suggest that diet may be involved in some cases of the cancer's onset, so good nutrition, including the consumption of lots of fruits and vegetables, is commonly believed to help stave off the disease. In other instances, prior damage to the esophagus is believed to have contributed to tumor growth, since individuals with a history that includes the accidental consumption of caustic substances or chronic gastric reflux that resulted in a condition termed Barrett's esophagus have an abnormally high risk of experiencing esophageal carcinoma.