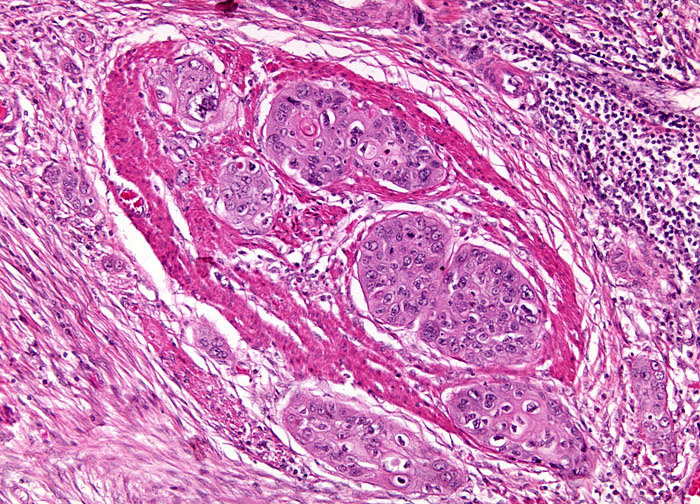 The esophagus is the portion of the digestive tract that links the throat to the stomach and is located between the trachea and the spine. The primary function of the muscular tube is to move food along its tract so that the digestive process may be completed in other portions of the body. Cancer of the esophagus can greatly hinder this task, often making swallowing difficult and painful. Other symptoms of esophageal carcinoma may include vomiting, repeated choking during meals, indigestion, heartburn, coughing, hoarseness, and pain in the throat or behind the breastbone. Frequently such symptoms only appear in the latter stages of the disease, a fact that makes esophageal cancer extremely difficult to diagnose early. Consequently, the disease has a very poor prognosis, less than 13 percent of all patients surviving more than five years after their diagnosis.