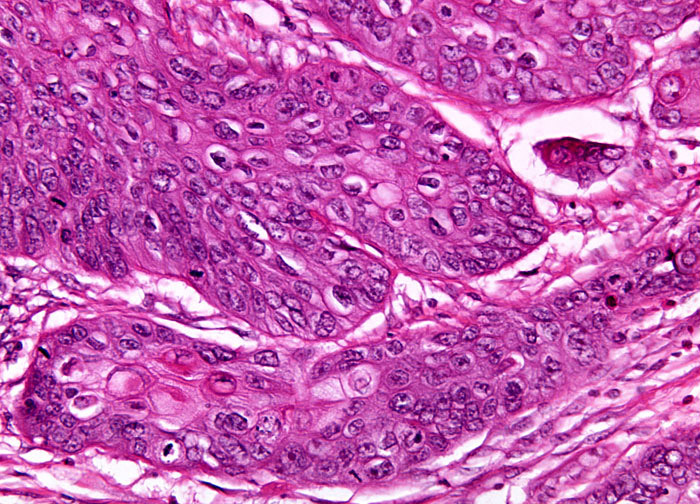 In the United States, esophageal cancer is relatively rare, accounting for only about one percent of all cancer cases. The disease is significantly more common among African-Americans than white Americans and among men than women. Cancer of the esophagus is especially prevalent in certain parts of the world, such as northern China, southern Africa, and Iran. The two most common types of esophageal cancer are squamous cell carcinoma, which originates in the squamous cells lining the esophagus, and adenocarcinoma, which develops in the glandular cells lining the organ. Depending on the kind of cancer an individual has, the location of growths tends to vary. Squamous cell carcinomas more frequently occur in the middle to upper portions of the esophagus, while adenocarcinomas are much more likely to affect the lower portions of the tube located in close proximity to the stomach.