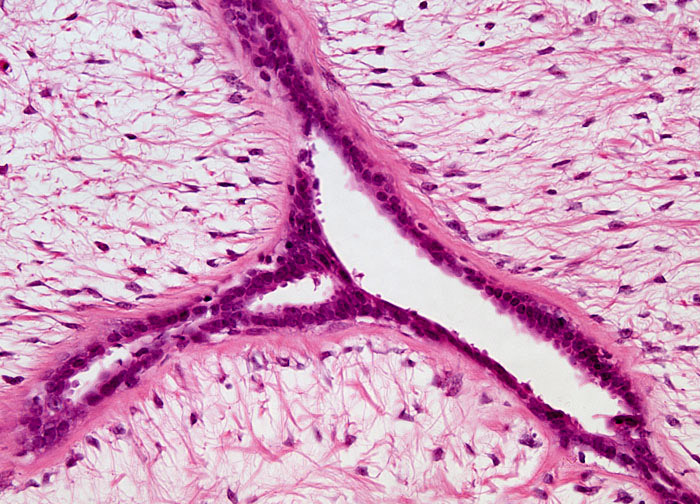 Fibroadenomas, which are generally firm, smooth, and round, can be readily moved under the skin and are often described as feeling similar to marbles. Typically the masses measure from 1 to 3 centimeters in size, but occasionally they may grow much larger, in which case they are termed giant fibroadenomas. Fibroadenomas, which arise from the intralobular stroma, are solid and consist of a combination of glandular and fibrous tissues. The tumors are usually painless and present no symptoms, typically being discovered by young women only due to self-examination. In older women, fibroadenomas are often less palpable and may first be discovered during a routine mammogram.