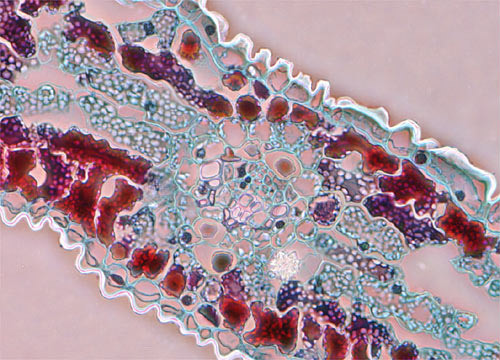 Ginkgo (Ginkgo biloba) is a common ornamental plant that is considered to be a living fossil. Also called the maidenhair tree, it is a deciduous gymnosperm (related to pine trees and cycads) that is the only living representative of the order Ginkgoales, once a widespread, dominant group of plants. Most members of this order are known only by their fossils, which date back to the Permian period, 286 to 245 million years ago. Fossil leaves similar to the living Ginkgo have been dated back to the Jurassic period, 208 to 144 million years ago. These fossils have been described from such geographically separated areas as Australia, western North America, Mongolia, Alaska, England, and central Europe.