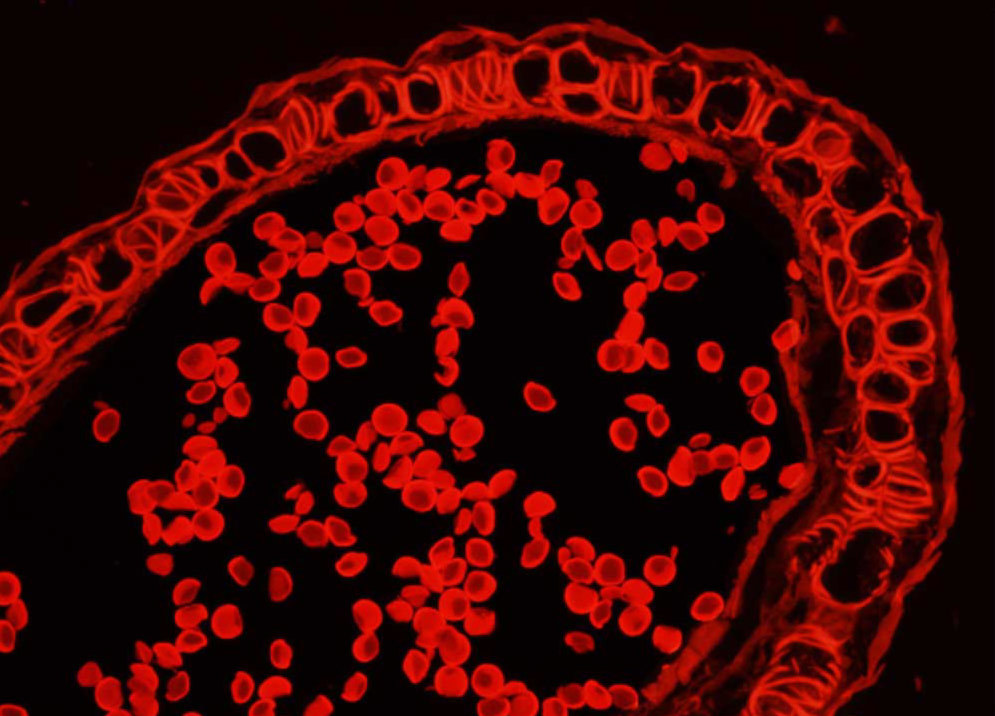 Autofluorescence emission intensity from a male Ginkgo tree (also known as the Maidenhair;Ginkgo biloba) staminate strobilus thin section. Endogenous autofluorescence in plant tissues arises from a variety of biomolecules, including chlorophyll, carotene, and xanthophyll. In the yellow excitation region, chlorophyll has an absorption band with a low extinction coefficient, but still produces a detectable level of fluorescence at emission wavelengths of 600 nanometers and above (orange and red). For the Ginkgo tree tissue illustrated above, note the presence of autofluorescence emission intensity in the orange and red spectral regions.