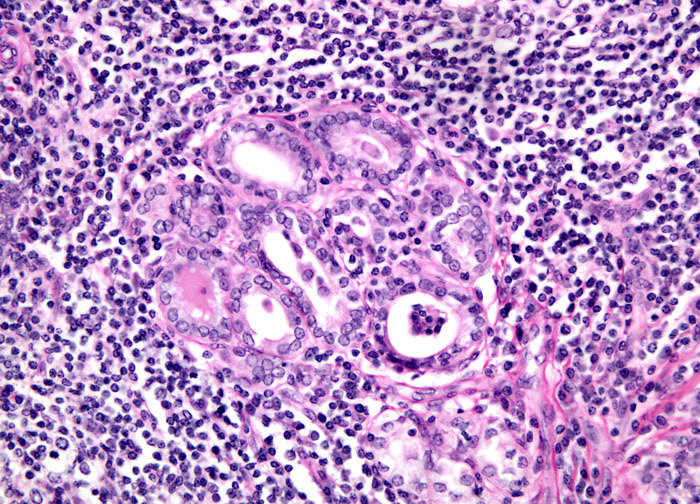 Also known as chronic lymphocytic thyroiditis, Hashimoto’s disease affects individuals of all ages, but is most prevalent in females 30 to 50 years old. In fact, the disease, similar to most other autoimmune disorders, is vastly more common in women than men, affecting them at approximately a 20 to 1 ratio. The reason for this disproportionately gendered distribution of Hashimoto’s disease is not fully understood, but some studies suggest that it may be associated with the effects of fluctuating hormones on immunoreactivity. In addition to being female, the other primary risk factor for developing the thyroid disorder is a familial predisposition for thyroid problems. Overall incidence of Hashimoto’s disease is estimated to be about 1 out of every 10,000 people.