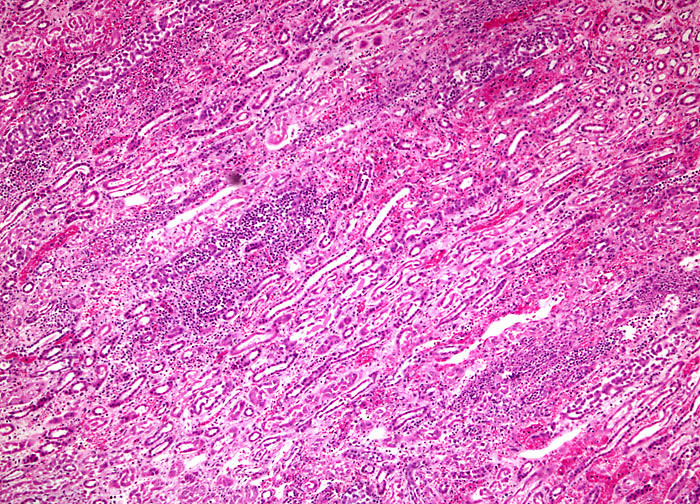 Pyelonephritis is a common kidney disorder that occurs in both chronic and acute forms. The condition typically is the result of a bacterial infection and is characterized by inflammation of the kidney tissue. Most commonly, the infection is caused by fecal bacteria ascending upward through the urinary tract, but bacteria may also be introduced to the kidneys via the bloodstream, in which case it is referred to as hematogenous pyelonephritis. Acute pyelonephritis most commonly affects only a single section of the kidney, but the chronic disease, which develops after many years of repeated infections, usually involves more extensive regions of the organ, which generally has undergone substantial scarring.