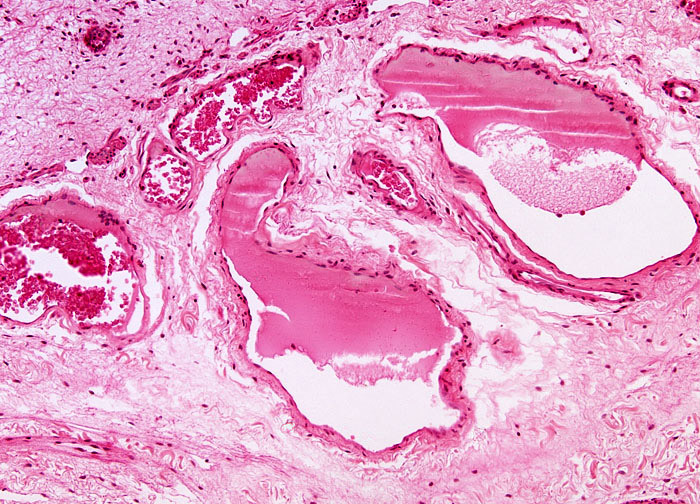 Approximately half of all Americans experience hemorrhoids by the time they are 50 years old. A special variety of varicose vein, a hemorrhoid is an abnormally distended vein located either in the rectum or in the outer area surrounding the anal opening. When hemorrhoids occur internally, they often go unnoticed for long periods of time, although they may produce some bleeding. External hemorrhoids, however, are commonly associated with pain and itching as well as bleeding. Thus, most of the approximately 500,000 Americans who seek medical treatment for hemorrhoids each year are afflicted with the external type of the swollen veins. Only about one out of ten of these individuals have cases that require surgery. Much more frequently hemorrhoids are successfully treated with over-the-counter creams and suppositories, pain medications, cold compresses, and warm baths. Increased fiber and fluid intake also helps alleviate symptoms by making stools softer and, therefore, decreasing irritation during bowel movements.