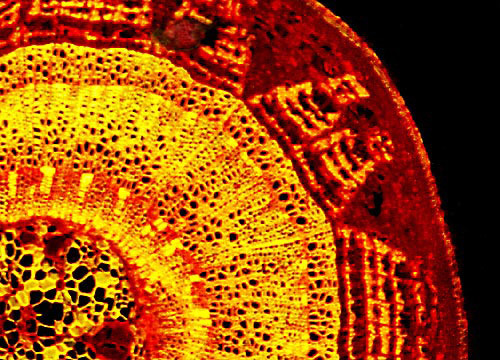 The herbaceous stem is composed of vascular bundles (xylem and phloem) arranged in a circle around a central core of spongy tissue; this spongy tissue is composed of parenchyma cells and is called the pith. Surrounding the xylem and phloem is a layer known as the cortex, which varies in thickness from species to species; surrounding the cortex is the outermost layer of cells, which is called the epidermis.