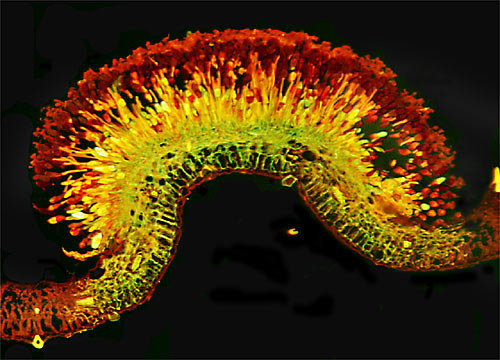 The large, satiny flowers of the hollyhock come in a variety of colors — from pink, red, white, yellow, lavender, and even black — and are set along erect stalks growing between 5 and 9 feet tall. The hollyhock's heart-shaped, wrinkled leaves have hairy undersides and are a favorite food plant of the butterfly caterpillar before it takes wing as an adult. The flowers of this relative of the marshmallow plant are purported since medieval times to have medicinal applications as an emollient and a diuretic. The flowers of A. rosea are also touted to yield good dyes.