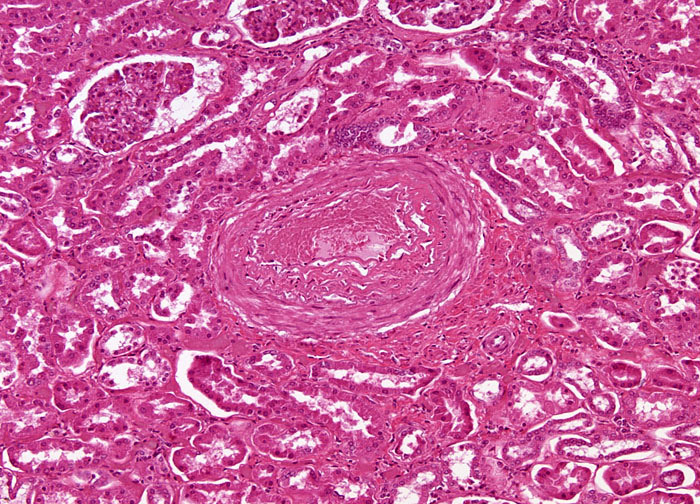 Arteriosclerosis, often described as a thickening and hardening of the arteries, appears in various forms and can be related to a number of different causes. Hyperplastic arteriosclerosis is characterized by a pattern of thickening commonly likened to an onion skin, concentric laminations of smooth muscle cells and basement membranes being deposited one on top of the other in layers. As more and more layers are added, the lumenal space of the affected artery is progressively narrowed. Sometimes this process is accompanied by deposits of the acellular material known as fibrinoid or by death of the walls of the vessel. Hyperplastic arteriosclerosis is often linked to malignant hypertension and frequently affects blood vessels of the kidneys, though it can occur anywhere.