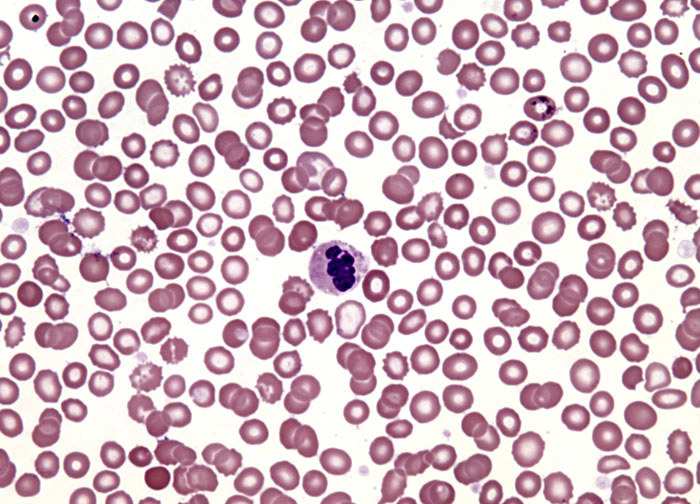 Iron deficiency anemia affects an estimated one in five women and as many as half of all pregnant women. The high level of incidence associated with females is due to the reproductive cycle unique to the gender. Women lose a variable amount of iron each month during menstruation and significantly greater amounts when pregnant due to the fetal requirements for the nutrient. Men, however, may also develop anemia due to loss or poor absorption of iron, though they do so much less often than women, an estimated 2 percent of adult male Americans being affected by iron deficiency anemia. Iron loss can occur due to any type of bleeding and, therefore, iron deficiency anemia is often an indicator of another, more serious, condition, such as colon cancer, which can result in blood release into the stool. An inadequate dietary intake of iron, which is found in high concentrations in many foods, including meats, eggs, legumes, and whole grains, is rarely related to the condition in the United States, except among children.