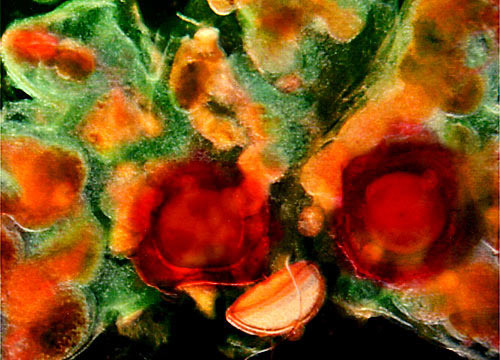 The majority of Bryozoans are marine (several thousand species), but one class,Phylactolaemata, is found exclusively in freshwater. Pectinatella magnifica is one species belonging to this class, and is commonly found in freshwater lakes and rivers in North America. Most people call them jelly blobs or just plain blobs given their appearance. Each colony is a collection of genetically identical organisms (zooids) that exude a protective matrix, a gelatin-like substance made mostly of water that is firm but slimy to the touch.