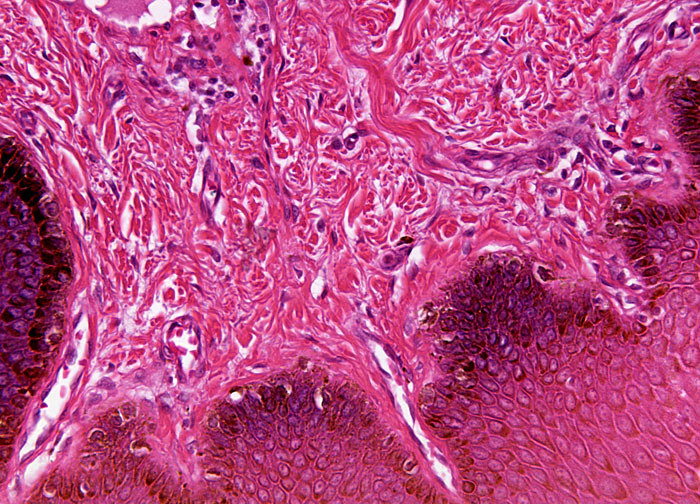 The development of a scar is a normal process necessary for the healing of wounds. Scars are formed by the collagen produced by fibroblasts in the area of the injury. Initially scars may have a raised or bumpy appearance, but over time tend to diminish in size and flatten. Sometimes, however, fibroblasts do not cease to produce collagen at the proper time, and the resultant scar swells with the fibrous protein to unusual proportions. If this growth remains restricted to the original location of the wound then it is referred to as a hypertrophic scar, but if it extends past the boundaries of the injured area, then the overgrown scar is called a keloid. The earliest known description of a keloid was found in an ancient Egyptian text and the name of the scar was coined by the early nineteenth-century French physician Jean-Louis Marc Alibert, who specialized in disorders of the skin. Alibert’s use of the term cheloide reflects the unusual clawlike extensions into uninjured regions of the skin that often occur with this type of scar, the Greek word chele meaning “claw of a crab or lobster.”