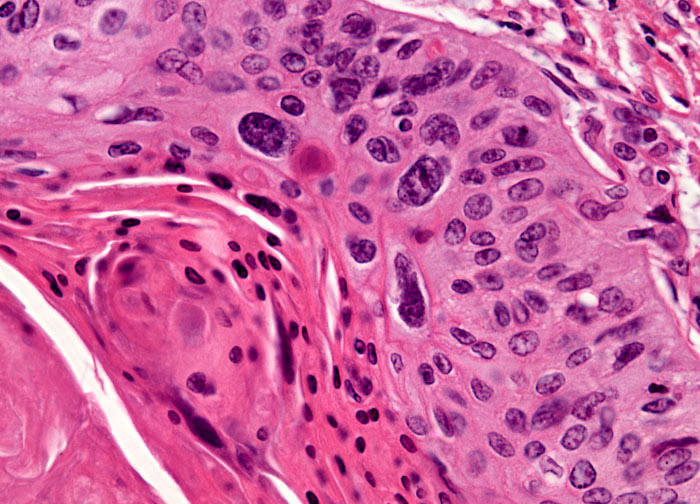 According to estimates for 2004, more than 10,000 cases of cancer of the larynx are diagnosed in the United States each year and nearly 4,000 Americans die from the disease annually. Laryngeal cancer is significantly more common in men than women, presumably because two of the key risk factors for the disease, smoking and heavy alcohol use, are more prevalent among the male population. Women that participate in such activities are more likely to develop the disease than their non-smoking, non-drinking counterparts. Other known risk factors for laryngeal cancer include infection with one or more of the human papillomaviruses, a weakened immune system, and occupational exposure to asbestos, paint fumes, or a variety of industrial chemicals. Studies show that the elderly and African Americans also display a greater risk for developing the disease than other individuals.