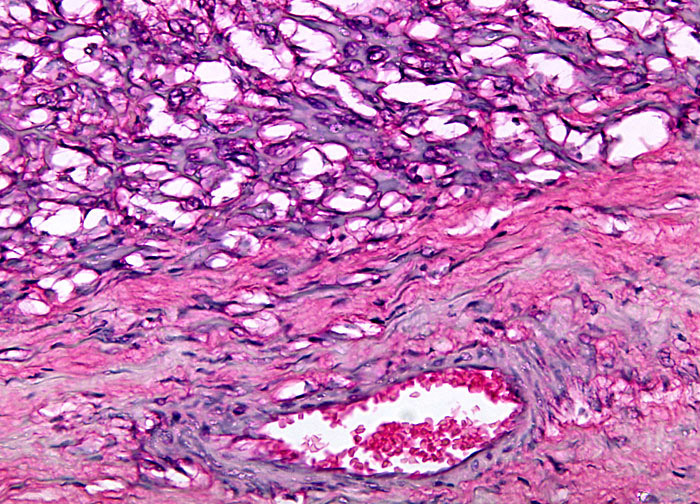 The size and grade of leiomyosarcoma tumors are the primary determinants of prognosis, which is typically poor since the cancer is very difficult to detect until it is in an advanced state and begins to produce symptoms. In fact, studies indicate that nearly 40 percent of the tumors are discovered incidentally during unrelated testing or other procedures rather than from complaints of the patient that could be connected to the cancer. By the time that leiomyosarcoma is diagnosed, often the cancer has metastasized. Unlike other soft tissue sarcomas, this metastasis usually affects the liver and the peritoneum first, instead of the lungs. The treatment for leiomyosarcoma most commonly involves surgery, but radiation therapy and chemotherapy are also sometimes utilized, though they have been demonstrated to be ineffective against certain types of the disease, especially the type that involves tumor formation in the gastrointestinal tract.