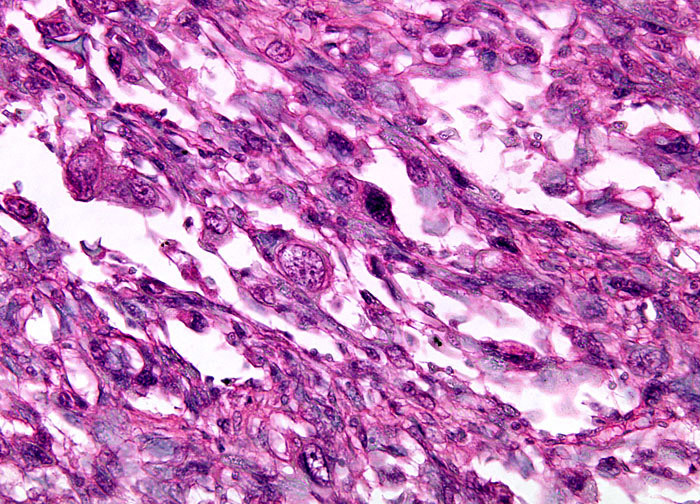 Leiomyosarcoma is a soft tissue sarcoma that attacks smooth muscle cells, usually in the gastrointestinal tract, retroperitoneum, and uterus. Extremely rare, only about 1 to 2 percent of all solid tumors are soft tissue sarcomas, and only a small percentage of those tumors are described as leiomyosarcomas. Due to the elasticity of the tissue that leiomyosarcomas form in, the tumors often grow to significant sizes before any symptoms become apparent. The most common signs of the disease when any occur are bleeding and the low hemoglobin levels associated with substantial loss of blood. Occasionally there will be pain associated with the mass pushing against nerves or muscular tissue and only rarely is a leiomyosarcoma palpable.