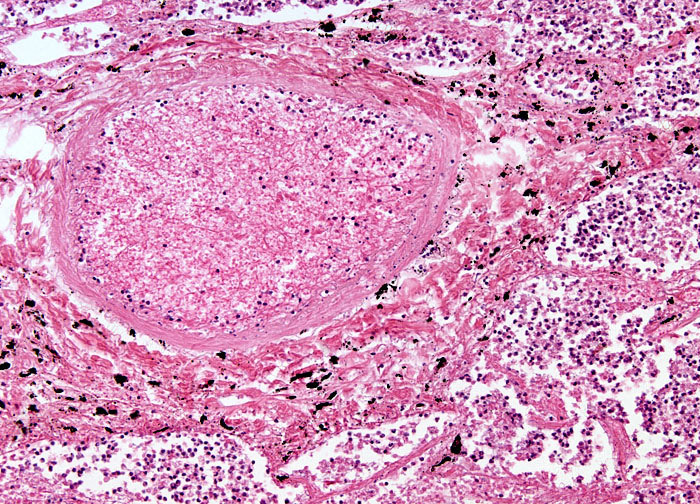 An abscess of the lung is a cavity filled with pus encircled by inflamed tissue that is typically caused by infection. Lung abscesses can be caused by a variety of bacteria and other microorganisms, many of which inhabit the mouth and throat and can be inhaled into the lungs. In most individuals, such bacteria are inhibited in their migration toward the lungs by the body’s natural defenses, such as coughing and the gag reflex. People whose airway defense mechanisms are hindered, such as those who are sedated or unconscious, are at elevated risk of developing lung abscesses. Other factors that can increase risk include poor dental hygiene and periodontal disease, alcohol abuse, and various lung disorders, including pneumonia.