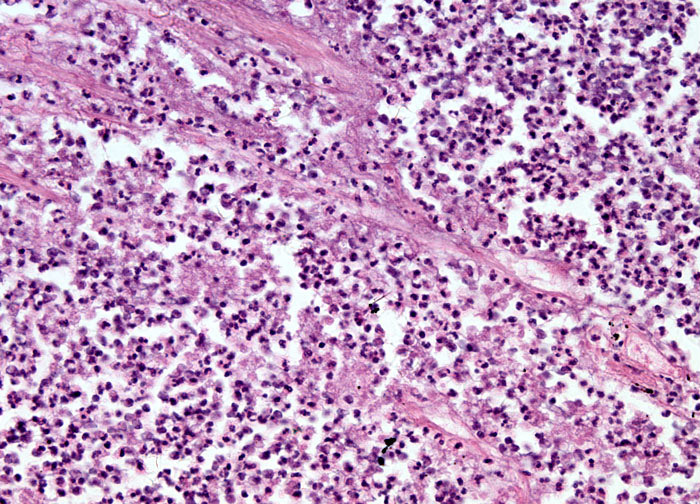 The majority of lung abscesses can be cured over the course of several weeks with a regimen of antibiotics. Medications are often initially administered intravenously and then provided in an oral form once fever and other serious symptoms of the condition are adequately alleviated. Approximately five to ten percent of lung abscess cases require additional or alternative treatment. Surgery is necessary for patients with abscesses caused by a foreign object or tumor blockage of the airways. In rare instances, an abscess of the lung may be drained through a tube inserted through the chest or part of the lung tissue may be removed, primarily when the condition is caused by a microorganism that does not respond to antibiotic treatments.