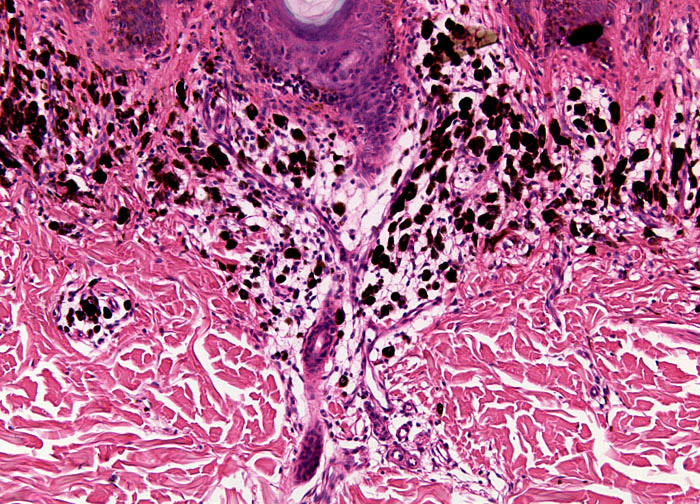 Melanoma is a form of skin cancer that stems from melanocytes, the pigment-producing cells found in the basal layer of the epidermis. Clusters of melanocytes are what comprise the familiar benign growths known as moles. When melanocytes become malignant, the condition is called melanoma. The most virulent of the skin cancers, more than 7,000 Americans die each year from melanoma, accounting for the vast majority of all skin cancer deaths. Nearly 90,000 new cases are diagnosed annually in the United States, and according to many reports that number is rising steadily. In fact, between 1980 and 2002, melanoma incidence more than tripled among Caucasians. The malignant growths, which are closely linked with damaging exposure to solar radiation, are much less common among African Americans and other dark-skinned individuals.