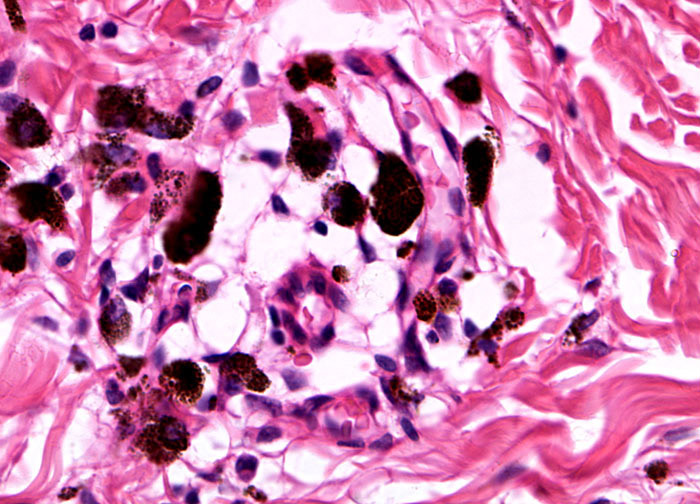 In addition to the sun, exposure to melanoma-causing UV rays may be due to artificial sources, such as tanning beds, which should generally be avoided to decrease the risk of skin cancer. Other factors that contribute to the likelihood that someone will develop melanoma include a family history of the disease and the presence of atypical moles (dysplastic nevi). Interestingly, according to a report released in 2004, people employed in certain occupations, specifically members of airline flight crews, appear to have an increased risk of certain cancers, including malignant melanoma.