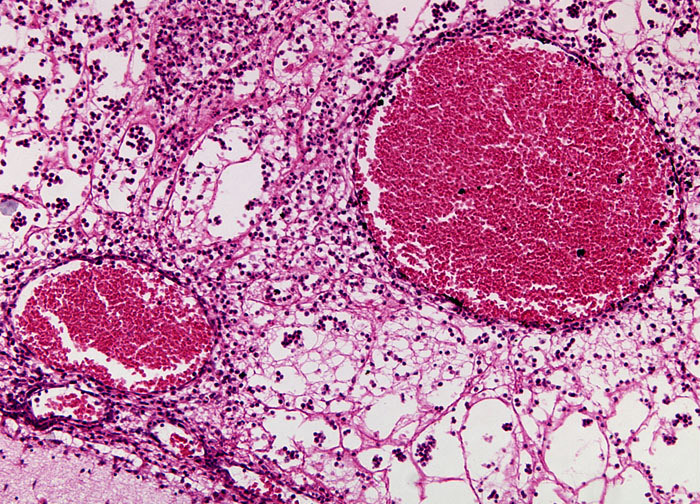 When someone refers to an outbreak of meningitis, they are typically referring to meningococcal meningitis, a contagious bacterial form of the disease caused by Neisseria meningitidis. Transmitted most commonly by sneezing, coughing, or other means of exposure to respiratory fluids, meningococcal meningitis is more common in colder climates and in areas where many people live in close contact, such as dormitories. In fact, statistics provided by the Centers for Disease Control and Prevention indicate that between 1991 and 1997, the incidence of the disease doubled among individuals 15 to 24 years of age. Consequently, the federal agency began recommending that college students be vaccinated for meningococcal meningitis, particularly if they live in university housing. The vaccines that are currently available are considered effective for up to five years and provide at least some protection from four of the five strains of bacteria that cause the disease.