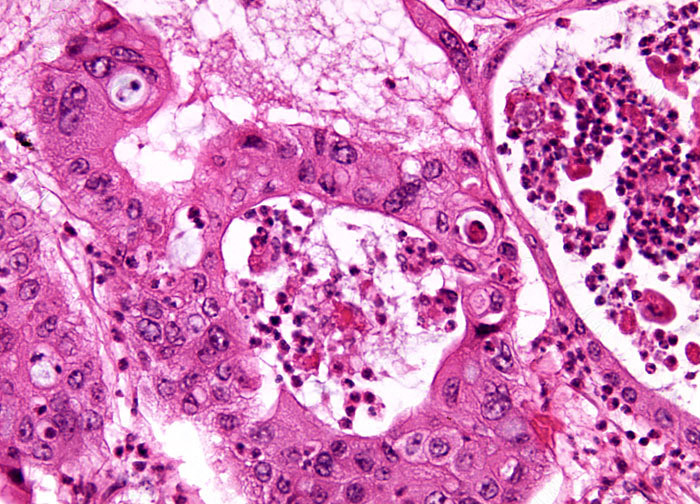 In addition to the lungs, the liver is one of the most common organs to be affected by metastases, which are tumors formed from cells that break away from a primary tumor to produce new growths at distant sites. Such cells generally travel through the body through the circulatory system or the lymphatic system closely associated with it. Accordingly, it is not surprising that the liver is such a customary site of metastases since all of the body’s blood is filtered through it. The liver may also be the location of a primary tumor, but this occurrence is much rarer. Americans are about 20 times more likely to develop metastatic liver disease than primary liver cancer.