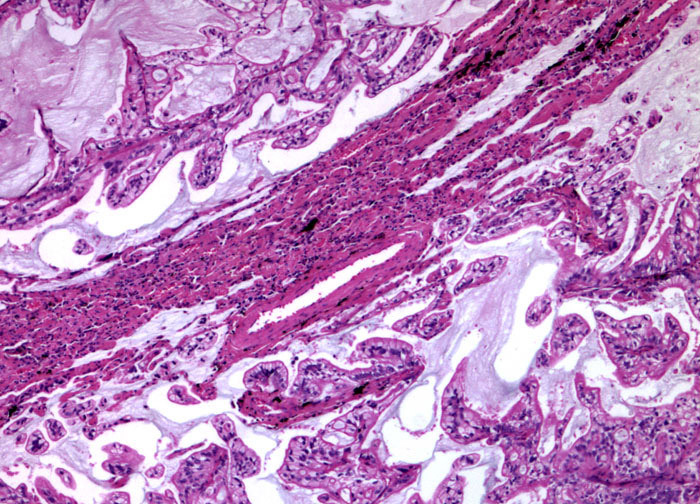 Recent studies indicate that a new way to determine if breast cancer is likely to result in secondary tumors of the lungs may not be far off. Researchers from the Burnham Institute in La Jolla, California have identified a breast cancer cell surface molecule that is thought to arbitrate the metastasis of breast tumors. Dubbed metadherin, a name chosen to reflect the role of the molecule as a metastasis adhesion protein, the substance isolated by the investigators has been shown to specifically direct breast cancer cells to the microvasculature of the lungs, at least in early experimental work with mice. Additional research may demonstrate that antibodies directed at metadherin may reduce the likelihood of metastasis or reduce tumor growth, but in the meantime, scientists hope to be able to utilize metadherin testing to help predict the aggressiveness of breast cancers, which can greatly influence decisions regarding treatment.