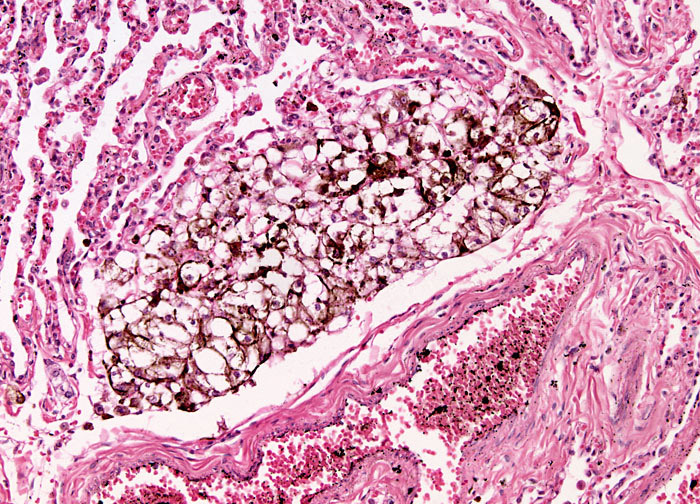 When clumps of melanocytes, the pigment-containing cells of the skin, normally occur, they form benign growths commonly known as moles. If melanocytes become malignant, however, melanoma, the most deadly type of skin cancer, ensues. In the United States, approximately 7,000 melanoma-related deaths are reported and 90,000 new cases of the disease are diagnosed annually. Melanoma is much more likely to be fatal than other forms of skin cancer because the disease tends to spread to other areas of the body (metastasize) early in its development. Abnormal melanocytes tend to grow downwards, enabling them to invade deeper tissues and eventually some cells may break away and enter the lymphatic or circulatory system, which facilitate their travel to new locations.