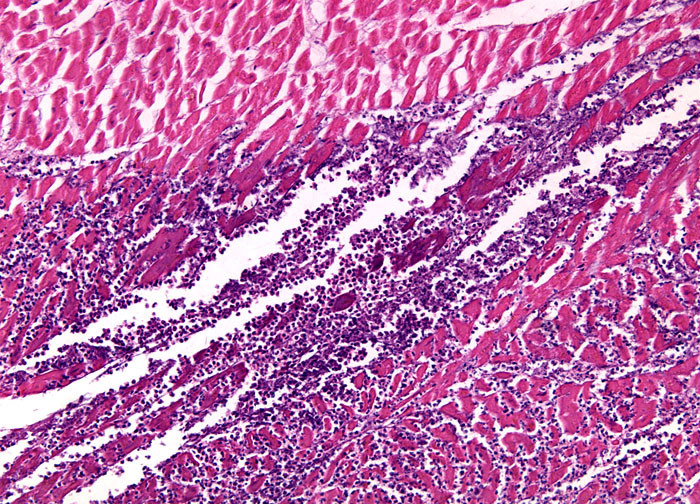 Oftentimes initial treatment of acute myocardial infarction will consist of an anti-platelet medication, such as aspirin, and an anti-coagulant, such as heparin or warfarin. Together these medications effectively prevent additional clotting of the blood from taking place, but in order to dissolve any blood clots that are already present, one or more thrombolytic medications must be administered. Approximately 80 percent of coronary arteries blocked by blood clots can be readily cleared with intravenous thrombolytic medications, including tissue plasminogen activator (TPA) and tenecteplase (TNK). If such medications are unsuccessful or cannot be used due to other health conditions, then the more direct method of coronary angiography and percutaneous transluminal coronary angioplasty (PTCA) becomes necessary for opening the artery, a procedure that is sometimes accompanied by stenting. If the patient does not respond to PTCA, coronary artery bypass grafting surgery is usually the final resort. Other treatments that may be utilized at various times during treatment for acute myocardial infarction include nitrates and angiotensin converting enzyme (ACE) inhibitors, which dilate blood vessels, beta-blockers, which are antagonists of adrenaline, and oxygen, which can help minimize the extent of damage to the heart.