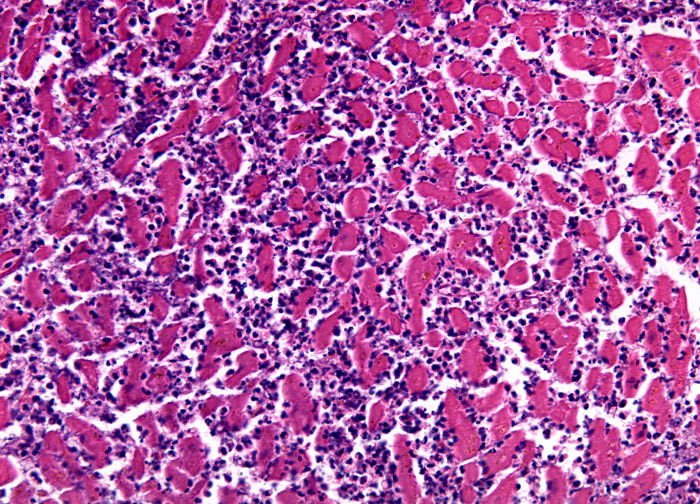 Acute myocardial infarction is the medical term for the event commonly referred to as a heart attack. One of the leading causes of morbidity and mortality in America and most other industrialized nations, myocardial infarction involves death to tissues of the heart due to a blockage-related inability of sufficient oxygen to reach the organ. Since 90 to 95 percent of individuals in the United States that experience myocardial infarction and are admitted to a hospital survive, it is important to know the warning signs of the condition so that medical help can be obtained in time. Approximately 300,000 Americans die from heart attacks each year before they reach a hospital. Though symptoms of a heart attack vary, they frequently include chest pain or pressure that may radiate into the jaw, shoulders, arms, or back, shortness of breath, nausea, vomiting, lightheadedness, sweating, and anxiety. A significant number of individuals only experience very mild symptoms that may go unnoticed, in which case the myocardial infarction is sometimes referred to as a silent heart attack.