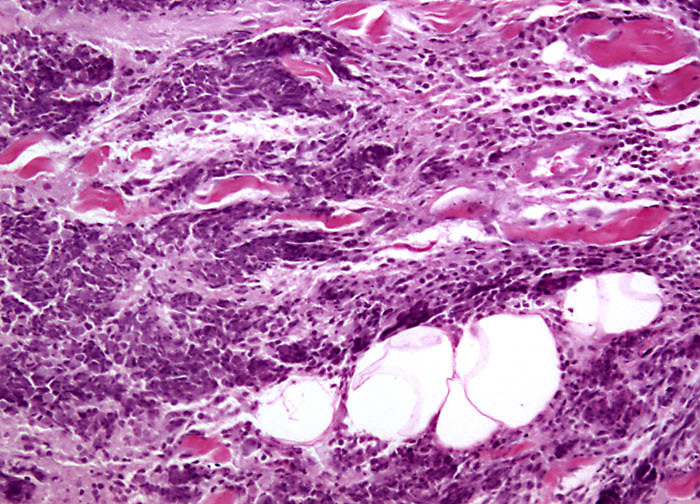 Due to the high metastatic rate of oat cell carcinomas, the cancer is rarely well suited for treatment by surgery, though in some limited stage cases of the cancer in which the lymph nodes are not involved it may be recommended. These less serious cases of the disease are usually associated with the periphery of the lungs rather than the more familiar central bronchial site. Much more commonly, chemotherapy, or a combination of chemotherapy and radiation therapy, is considered the preferred treatment for oat cell carcinoma. For some patients, doctors may advise radiation therapy to the brain for tumors that have not yet spread to the central nervous system as a preventative measure since involvement of the brain is associated with a very poor prognosis. For individuals with widespread oat cell carcinoma, radiation therapy is usually only used to help relieve bone pain and other symptoms.