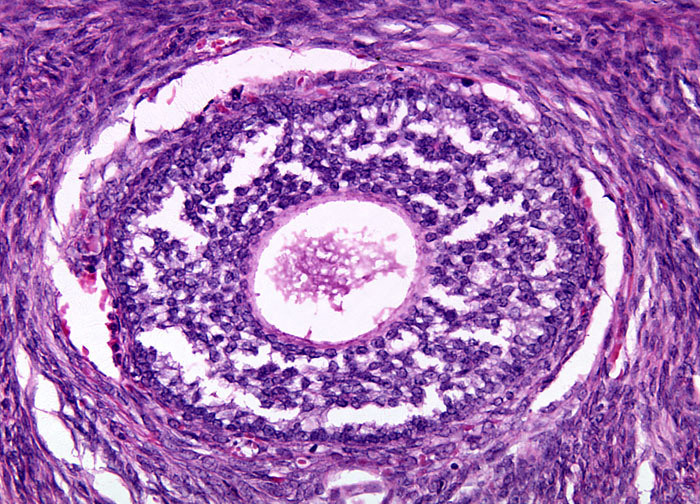 The endometrium is the membrane that lines the uterus and periodically thickens due to hormone changes associated with a woman’s reproductive cycle. Each month, if pregnancy does not develop, the lining is shed during menstruation. When endometrial tissue is found in areas of the body outside of the uterus the condition is known as endometriosis. The locations in which endometriosis most commonly occurs include various components of the pelvic cavity, such as the ovaries, fallopian tubes, and the urinary bladder. In very rare instances, endometriosis may develop in the lungs, brain, or other organs significantly removed from the uterus. The cause of endometriosis is not well understood, but according to one popular, but unproven, theory, the condition results from endometrial tissue moving up the fallopian tubes and into the pelvic and abdominal regions rather than out of the body during menstruation, causing the tissue to become embedded in unusual places.