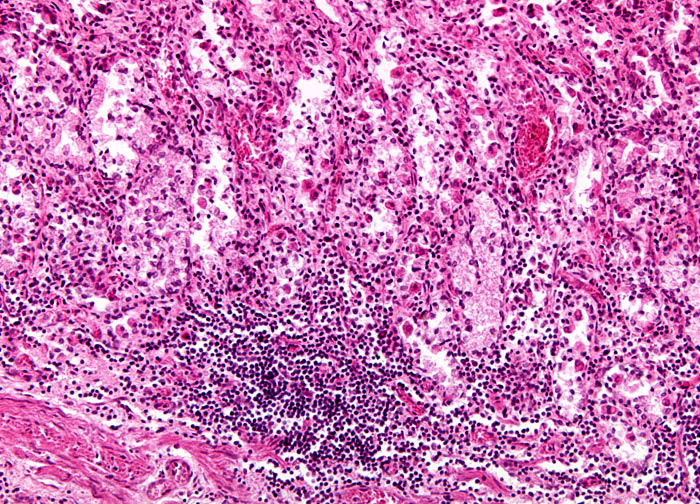 Peptic ulcers have traditionally been considered to result from high levels of stress and a diet laden with rich or spicy foods. However, this viewpoint, which still persists among many laypersons today, was disputed in the early 1980s by Australian scientists Barry Marshall and J. Robin Warren. According to their theory, peptic ulcers could be generated by the presence of the bacterium Helicobacter pylori in the gastrointestinal tract despite the earlier belief that organisms could not survive in the stomach or duodenum due to the extremely acidic environment they provide. Although the Marshall-Warren theory was initially met with significant skepticism, since that time it has become widely accepted in scientific circles. It is now generally thought that H. pylori successful live in the stomach and duodenum by locally neutralizing their environment via the conversion of urea into carbon dioxide and ammonia. This activity apparently facilitates a weakening and eventual breakdown in the mucus membrane, which can lead to the formation of an ulcer. Infection with H. pylori is believed to be related to approximately 9 out of 10 cases of duodenal ulcers and 7 out of 10 cases of gastric ulcers. Yet, the presence of the bacterium, which affects approximately one-third of the population of the United States does not always result in ulceration, other factors apparently playing a significant role in the development of the inflamed lesions.