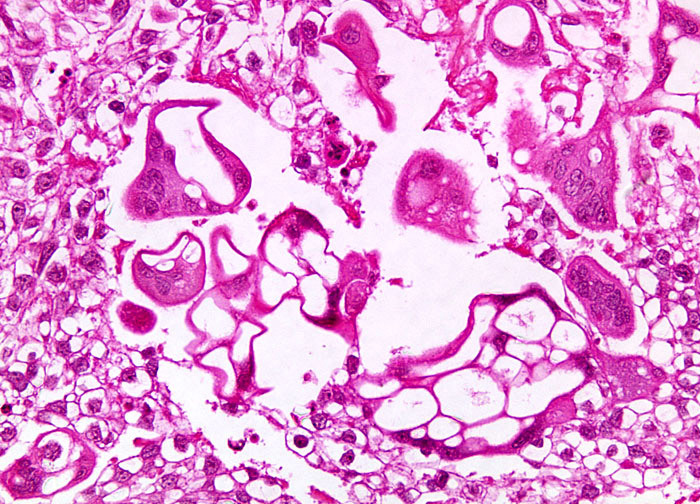 Specific causes of ectopic pregnancies are not generally known. Some medical professionals have suggested that many times the condition is a result of scarring, kinks, pockets or other irregularities in the lining of the uterine tubes caused by prior infection, but oftentimes no tubal abnormality can be found. Damage to the cilia lining the uterine tubes is another possible cause of ectopic pregnancy since the hair-like structures are important in the process of pushing the fertilized egg towards the uterus. Also, certain hormones or hormonal imbalances are theoretically capable of resulting in an abnormal implantation site for the ovum as well because they can slow the speed at which the mass travels along the uterine tube. This delay could allow the egg to mature to a level that signals it is ready for implantation before it actually reaches the cavity of the uterus.